THE ADVANCED LIFT IS DONE IN AN HOUR UNDER LOCAL ANESTHESIA

Cincinnati, Ohio — January 15, 2009 – “The first facelifts were performed in the early 1900’s,’ according to Dr. Jon E. Mendelsohn, M.D., Medical Director of Advanced Cosmetic Surgery & Laser Center. Says Mendelsohn, “The only goal was to reposition the skin so that the wrinkles and creases would be eliminated. Many incisions were made, the facial skin was pulled back, excess tissue was removed, and the incisions were closed. The wrinkles may have been reduced, but the scars left by the incisions were fairly noticeable and this was a very crude procedure.” These early facelifts are often referred to as “skin-only” facelifts.

“In 1974, doctors began repositioning the layer of muscle and tissue below the skin known as the Superficial Musculoaponeurotic System (SMAS),” says Mendelsohn. “These lifts allowed plastic surgeons to provide patients with longer-lasting and more natural looking results, yet often resulted in an artificial appearance.”

Says Mendelsohn, “Today’s facelift, such as the Advanced Lift, can be performed under local anesthesia in about an hour, with minimal incisions, minimal downtime, and produce the longest lasting and most natural results possible. Unfortunately, many people still have misconceptions about the today’s facelifts, largely due to what they have read about the facelifts of days gone by. A few of the myths that we hear during patient consultations include:”

Hover over the Myth to view the Fact

I need to be “put under” or fully anesthesized to have a facelift.

The Advanced Lift is performed under local anesthesia in about an hour.

The Advanced Lift costs ??? do we want to stay starting at and what number are we using?

My face will look taught, pulled-back and artificial.

I will be heavily bandaged for 10 days.

The dressing can be removed in 24 hours. 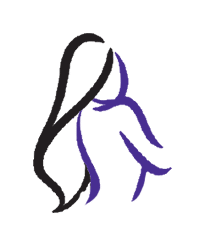 I will have visible incisions and stitches that can be seen through my hairline.

There will be a small incision that extends around the earlobe.

Bruising peaks at 48 hours and starts subsiding each day thereafter. Most patients feel comfortable going out within a few days.

I can’t wear any makeup for weeks.

You can apply makeup 48 hours after the surgery.

I will miss two weeks of work.

Most patients return to work in several days.

Says Mendelsohn, “For anyone who has ever considered a facelift, the timing could not be more ideal. We have made tremendous progress in just thirty years in terms of technology and technique. People need to be educated upfront on the reality versus the misconceptions for this surgery. I encourage them to visit our website at www.351face.com. We have “real” video of this relatively simple and painless procedure, as well as a gallery of before and after photos.”

Dr. Jon E. Mendelsohn is double board certified by both the American Board of Facial & Reconstructive Surgery and also the American Board of Otolaryngology – Head & Neck Surgery. He serves as the medical director of Advanced Cosmetic Surgery & Laser Centers new, state-of-the-art facilities located in the Rookwood Tower in Hyde Park. For more information, call 513-351-FACE or visit www.351face.com.