If there’s something you’d like to change about your appearance, but you’re too afraid of what you’ll look like after surgery, there’s a new tool to ease your fears.

Dr. Jon Mendelsohn has been turning back the clock for men and women for almost 20 years. Even he’s excited about the benefits.

“Now using a 3D model, we can rotate it and we can communicate with patients better with different views,” Mendelsohn said.

Whether it’s fillers, a facelift, a nose job or even breast implants, patients can see the results first.

“You can look at yourself with clothes on or without clothes, but you get a sense for volume and size where you could never do that before,” Mendelsohn said. “I think that’s a huge benefit to patients undergoing surgery.”

“As I’m aging, I’m getting very frustrated with the wrinkles,” Seibert said. “They are definitely defined, especially in my forehead.”

Seibert said for the past 10 years she has thought about getting Botox to reduce the lines in her forehead and crow’s feet, as well as reversing sun damage with some skin resurfacing.

However, Seibert said fear held her back.

“You see people who have just done way too much. So that’s a big fear — that you’ll look fake and that you think you’re fixing something and you’re actually making it worse,” she said.

Pam Hoefker has the same concern. Even though her own daughter works for Mendelsohn, she’s put off getting the skin removed from underneath her jaw and neck.

“As I got a little bit older and started aging, I would catch a glimpse of myself in the mirror and I would think, ‘Oh my gosh I’m looking like my grandma,’” Hoefker said.

Her fear factor was the same as Seibert’s. Hoefker is 67, and while she wants to look younger, she doesn’t want to look 40 or fake.

“I think the biggest fear is maybe being overdone,” Hoefker said.

That’s where the 3D imaging machine comes in. Both Seibert and Hoefker had their pictures downloaded and can now see the before-and-after before making their decision.

After seeing the results, Hoefker said she loves what she sees.

“Wow, that’s awesome,” she said, ready to book her facelift.

Seibert didn’t waste any time either. Before leaving Mendelsohn’s office, she was getting the Botox filler she’s wanted for years. Seibert said the new technology made her decision easy. 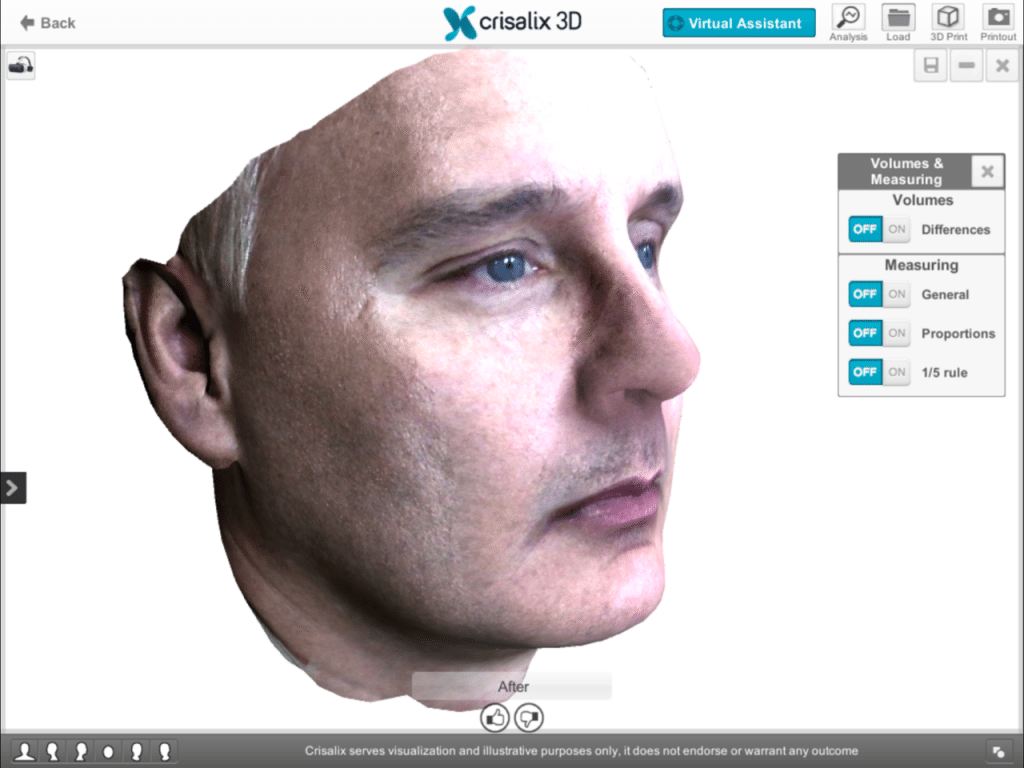