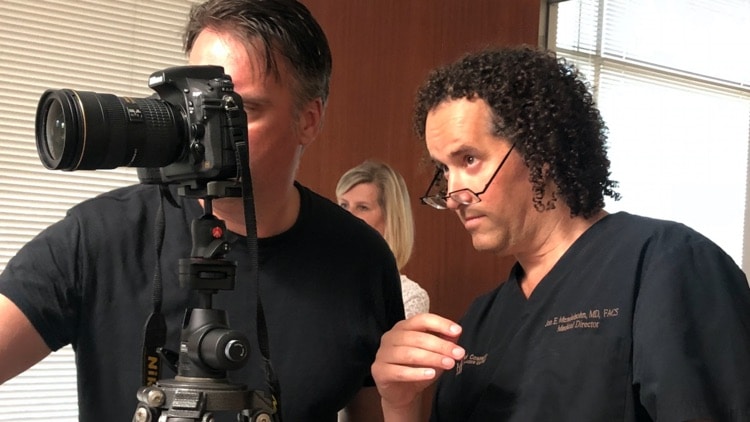 Dr. Jon Mendelsohn, a plastic surgeon who operates Advanced Cosmetic Surgery & Laser Center in Norwood, is augmenting his office by building a production facility that will be used to livestream both cosmetic and surgical procedures.

The facility also will be used to make commercials, including taping patients as they recount their cosmetic and surgical transformations as part of the ongoing “True Selfies” series created by Mendelsohn to promote his practice.

“We’ve had tremendous success with our True Selfies videos,” Mendelsohn said. “We started filming more and posting on Instagram and Facebook.”

Now, “we are setting up the production facility and hope to have a lot of fun talking about what’s going on in the world, including Hollywood and plastic surgery,” Mendelsohn said.

“I don’t want to be the star,” Mendelsohn said. “This is not revolving around me. … Many patients are saying, ‘Hey, can I have a show?’ It’s not everybody. But there are people who are out there on social media. They educate people and love talking about it. They are extroverts.”

He expects to livestream procedures and behind-the-scenes occurrences at the office on at least a weekly basis, if not daily, after construction is completed next month.

“We want it to be authentic,” Mendelsohn said. “That’s what people are consuming (on social media). People are looking for information about treatments and procedures. They want the real thing, including bruising.”

The 900-square-foot space being converted into a production facility previously was a law office that adjoined Advanced Cosmetic Surgery & Laser Center, which already occupied 5,800 square feet on the first floor of the Rookwood Tower at 3805 Edwards Road.

In addition, Mendelsohn said, Nimbus Nine Interior Design and Premier Restoration and Construction Services are working to convert a back waiting room into a “hip and trendy Members Only Studio A Lounge,” which can be used by patients who participate in the practice’s WISH Rewards program.

The 900-square-foot space being converted into a production facility previously was a law office that adjoined Advanced Cosmetic Surgery & Laser Center, which already occupied 5,800 square feet on the first floor of the Rookwood Tower at 3805 Edwards Road. Shown here are physician’s assistant Karen… more

Interest in cosmetic surgery is on the rise, including among millennials.

Advanced is launching a cosmetic division known as Studio A, which expands non-surgical offerings. A soft launch is taking place now with special pricing for Botox at $9.99 per unit on Fridays. A launch party will take place in January.

Mendelsohn recently hired Hope Schweitzer Merz, a certified family nurse practitioner who holds a doctorate in nursing. Merz will perform aesthetic services such as micro-needling and platelet-rich-plasma facial rejuvenation, a variety of laser therapies to reduce signs of aging, scarring and sun damage, along with medical dermatological services.

From Left to Right: 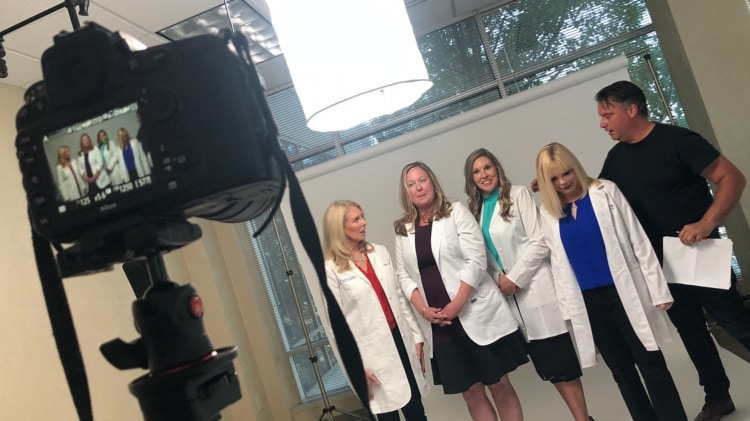