By Dr. MendelsohnAugust 24, 2015Uncategorized
Dad Bod Hot?  Maybe Not!
By:  Dr. Joel Maier
As a middle aged plastic surgeon, I never heard of the term “dad bod”.   Seriously?   What the heck is that and why? Well, turns out the younger, teenage generation actually took time to coin and define the term. Specifically, 19-year-old Clemson University sophomore Mackenzie Pearson published the explanatory essay “Why Girls Love The Dad Bod” on the college-focused website the Odyssey:  “The dad bod is a nice balance between a beer gut and working out. The dad bod says, ‘I go to the gym occasionally, but I also drink heavily on the weekends and enjoy eating eight slices of pizza at a time.’  Pearson further defined it as:
” A dad bod is a guy who is not incredibly chiseled, but at the same time, is not unhealthy. He’s not overweight. He’s probably that guy who played football in high school and came to college and didn’t play football. Maybe he had a few too many slices of pizza, or a few too many ramens, and just ended up with a little bit of squish on top of his muscle. It’s a healthy body. It’s a boy-next-door look. He’s the kind of person you go on a hike with, and then at the end of the day, you eat pasta and lay in bed and watch a movie.”
I must say, I chuckled the whole time researching this new term . . . Who would ever even consider describing the not so aesthetic middle aged male body?  In the end, I was flattered by the whole phenomenon. I spend most of my time in my practice (approximately 90% of patients) rejuvenating women’s breasts and bodies to their pre-pregnancy state. We occasionally get a guy for liposuction, or gynecomastia, or sex change. But this really takes the heat off of us dads who are a little sloppy . . . Whew! Not that us dads feel any pressure for going under the knife, but thanks Mackenzie for letting us off the hook, you are so kind  😉 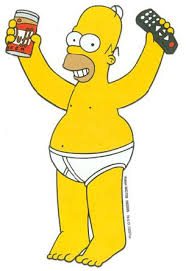